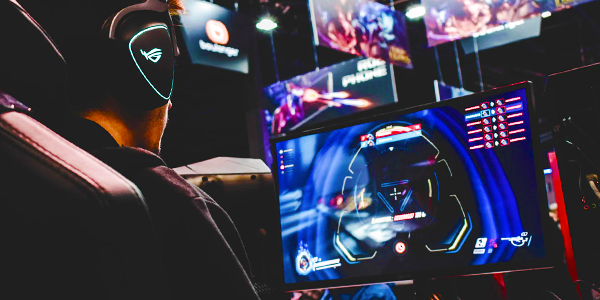 Gaming and eSports are two of the fastest-growing segments in the event space. From high fan engagement to unquestionable brand loyalty, gamers are pushing the boundaries of how an event experience looks from a physical and digital perspective.

There are some incredible opportunities out there to capitalize on this market, but only if you know what you’re talking about.

As more sponsors, organizers, and cities move into this space, we at Maritz Global Events want to produce a “how-to” guide to help navigate the gaming space.

It’s important to learn from those who came before and respect the various languages and practices that have already been established.

At a basic level, the term “esports” is used to describe video game competitions, just like you would see at a real sporting event, except in a digital format.

At a high level, esports is a player engagement tool that extends the player lifecycle of a game.

Video game publishers engage their highest-paying community members and offer another way to engage and retain their audience. 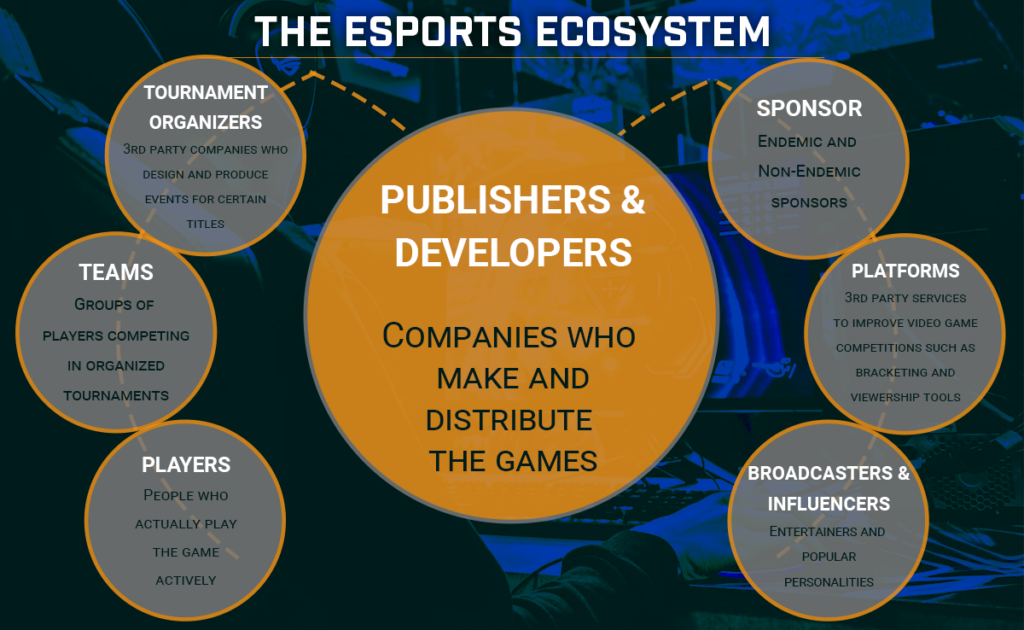 The Ecosystem of Esports

While there are several different verticals and players within esports, it’s important to remember that the game publishers and developers reign supreme.

They own the ball for the sport and dictate how that ball is used in competition.

But that won’t slow things down at all.

While this is only a snapshot of some of the largest events, the international demand for esports content continues to grow at an incredible pace.

While games like Fortnight, DOTA, League of Legends, Overwatch and Call of Duty are the most common esport titles currently being played there are tons of games across multiple platforms around the world that are included.

We’re not even listing the mobile category, which continues to pick up steam in relation to the traditional esport platforms.

Unlike traditional sports, esports content is not locked behind a paywall. Gaming events are streamed live on Twitch, YouTube, or Mixer, free for everyone to watch.

This allows esports companies to have a truly global audience who tunes in. A good esport broadcast even takes into account the time zones of their active audiences, to ensure maximum viewership.

It is critical to incorporate design thinking into everything you do for your event and persona design is a great way to truly understand the thoughts and motivations of your attendees.

Here are a few of the most common gaming attendee personas we see: 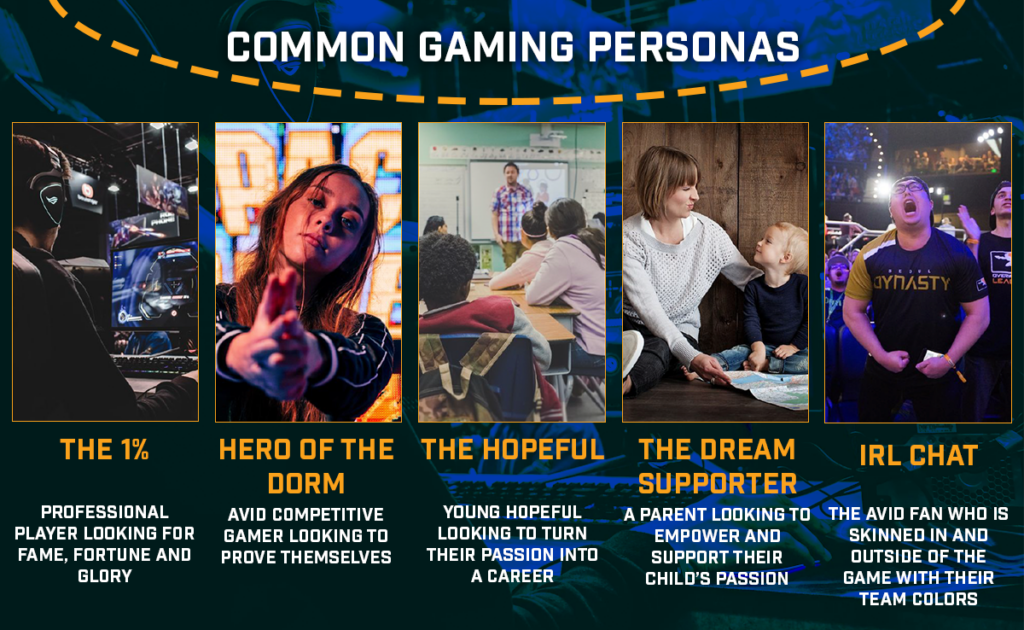 The best way to understand esports is to grasp how players of a game get into it.

Esports is only a small segment of the gaming population at large. As players spend more time with the game, they look for ways to demonstrate their skills.

Thus begins their journey into competing in organized competitions.

Here’s a breakdown of the funnel from top to bottom: 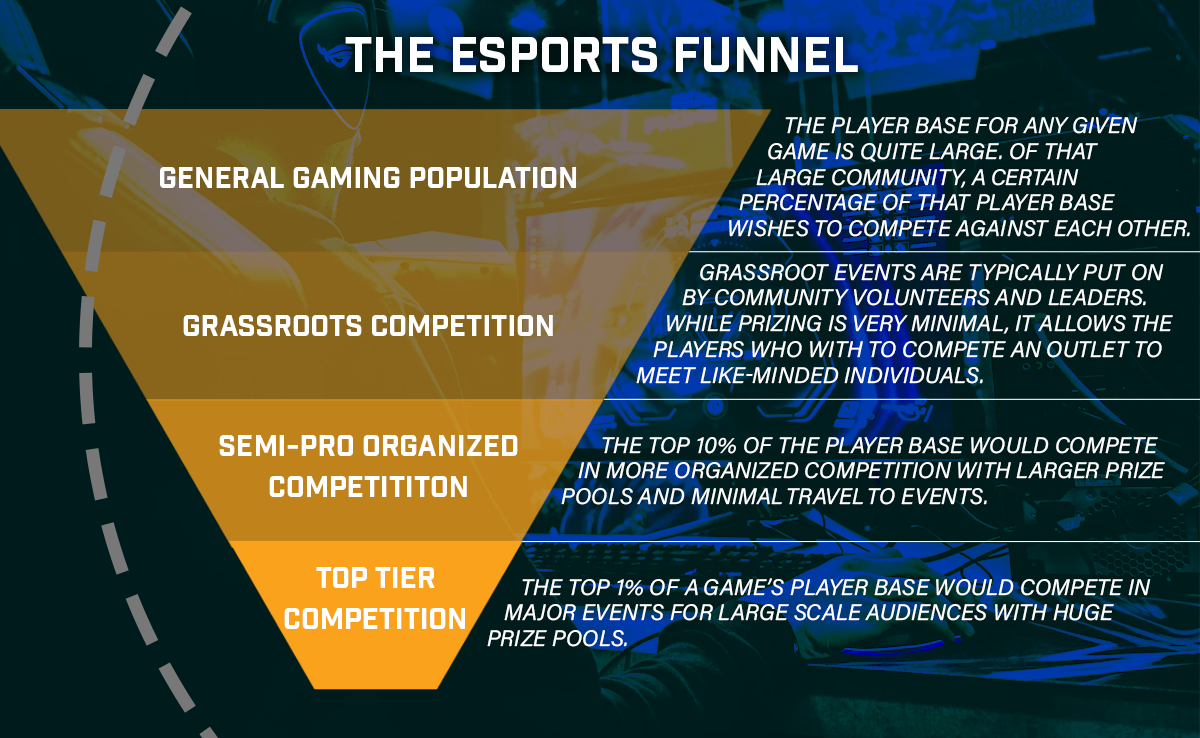 Esports encompasses many different games and genres. Here we have highlighted some of the most popular genres of games found in competitions:

Fun Fact: Starcraft, a real-time strategy game, is largely considered the "godfather" of esports. Additionally, Counter Strike remains one of the top esport titles globally, 20 years after its launch in 2000! 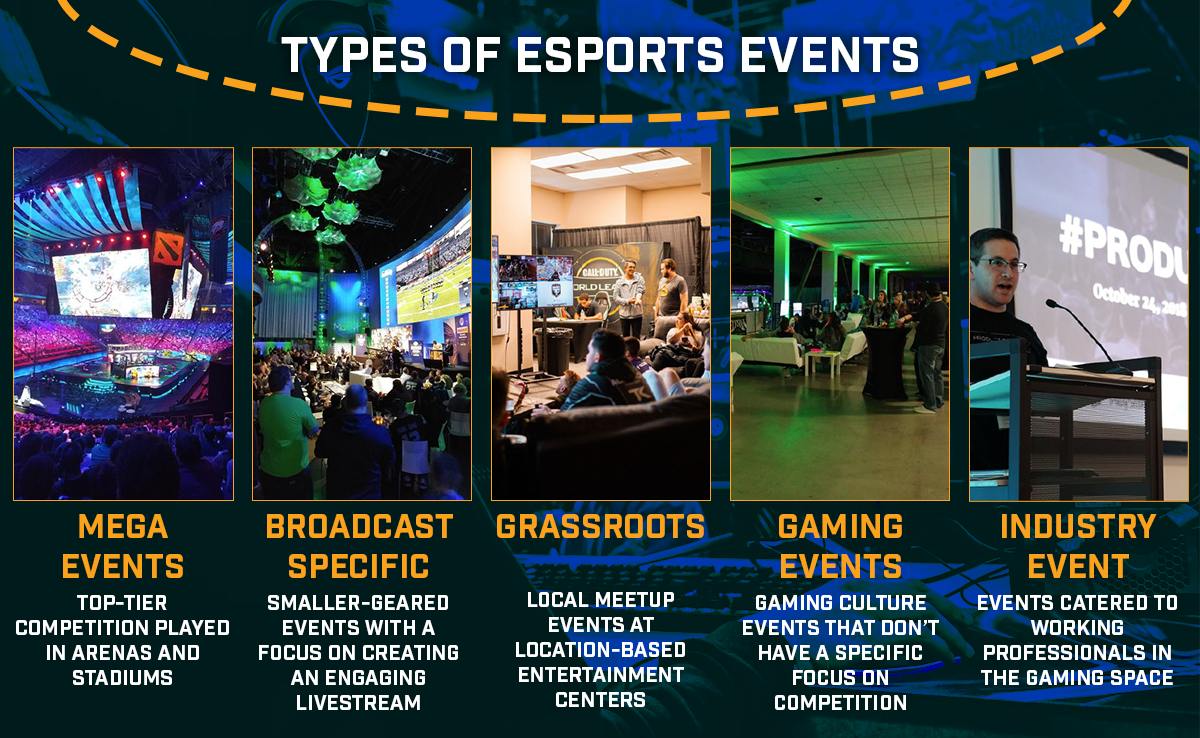 More often than not when you think of esports events, a Riot World Championship or a Fortnite World Cup is the scale that comes to mind.

However, there are countless esports events, most of which do not fill the Barclays Center in New York.

Amateur, grass-root events are the most common and provide an important pipeline in promoting and growing attendance at the mega events.

It’s worth noting that there is a sharp uptick in esport activations at pre-existing gaming events.

This is an excellent way to tap into the attendance that is already present and help provide more content and draw for said event.

If You Learn Nothing Else about Esports

Here’s a quick list of things you should remember if you take anything away from this piece:

Congratulations, you made it through Esports 101. But there’s still so much more to learn, especially if you’re trying to land a tournament in your city or convention center.

If you have any questions, email our Live Events team and we’ll be happy to walk you through the exciting—yet challenging—world of esports.