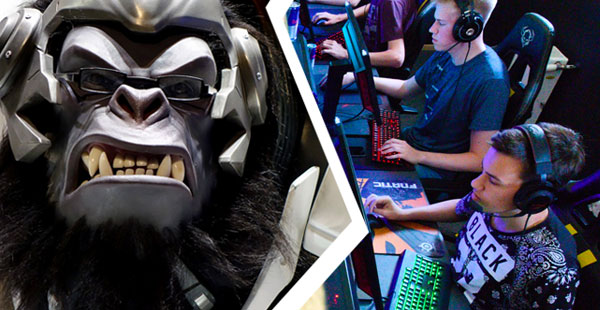 When it comes to detailed digital persona design, no one does it better than the creative geniuses of the eSports industry. One could argue that many young adults and children that enjoy professional gaming may utlize websites like Unranked Smurfs and others to purchase characters and skins (or otherwise in-game persona's!) of their favorite professional eSports player!

They can roll out incredible character designs with an engaging and in-depth back story that they KNOW their audience will love. Perhaps this experience comes from years of playing games on Fileproto emulators, or over several platforms.

Trying to translate that practice into their live events, however, has proven to be much more challenging.

This group discussed how they could bring those ideas to their real-life personas: fans, players, and parents who attend their events.

What better way to bring this message to life for them than using something they all understand: video games. 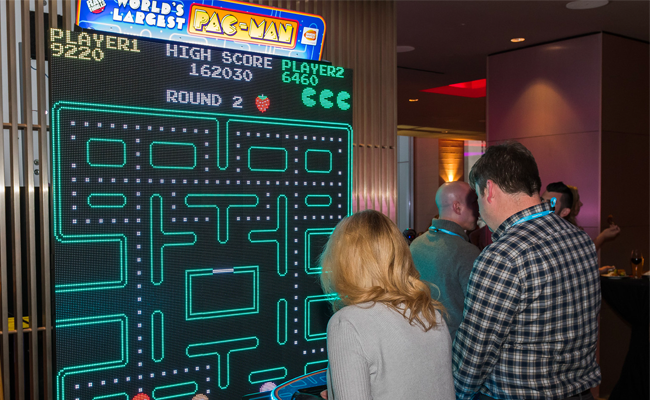 The Pac-Man Principle of Persona Design

In 1999, Billy Mitchell earned a perfect score on Pac-Man?becoming the first person ever to do so.

It?s not the feat that?s the most fantastic part; it?s how he did it.

While many of his peers were working hard to memorize patterns (timed moves and turns on each screen), Billy focused on understanding the ?personality? of each ghost.

While a single missed turn or mistimed move can blow up a pattern-based approach, focusing on personality made it possible for Billy to adapt to constantly changing situations.

Pac-Man game designers spent time distilling the personality of each ghost into a single word.

For example, if you've ever played the game, you might be able to guess the Red Ghost?s (Blinky) personality word is ?The Pursuer.?

Have you ever wondered how the Pink Ghost (Inky) seemed to disappear on the board, but showed up at just the right time to get you? His personality trait tells you everything you need to know: 'The Ambusher.'

By understanding the why of each character, Billy was able to craft and execute a successful strategy.

Esports tournament managers can apply these same ideas can to their events and their guests.

By better understanding who their audience is, what they want, and how they consume, designing an event experience that will meet and exceed their needs and expectations becomes possible.

We helped them begin this journey by going through the Persona Worksheet from Design Studio by Maritz Global Events.

They quickly adopted this practice and ran with it. Each group workshopped their guest personas, mapping out essential personality traits of their attendees that they might never have considered before.

Putting the Pieces Together

Watching these major players in esports merge the digital realm?where they?re most comfortable?with the physical space was inspiring.

The lines between the two quickly became blurred, as they learned how to translate their digital methodologies?like creating remarkable game characters?into real-life personas that resonated with their audience.

By combining the process of persona design with game data, the esports industry is uniquely positioned to push the boundaries of event experiences to new heights.

Consider this scenario we discussed with our friends at Riot Games.

If Riot Games asked for each attendee's Riot In-Game Name during the registration process, they could see who from their player base is attending a live event.

To take it a step further, by using the in-game name, a simple API pull internally would show them which character that attendee has played as the most.

As part of their VIP experience, they could use that information to have a collectible figurine of that character waiting in their hotel room once they arrived.

By using intentional design in the front end, Riot would be able to leverage personal data and game data to offer a unique and memorable experience for each of its attendees.

Once they cracked the code on persona design, the possibilities for surprise and delight took off.

Many realized how they could create more authentic experiences that their audiences crave.

However, once the ideas started flowing, some obstacles also surfaced?such as lack of support from parents?that will need to be addressed.

That, however, is another topic for another time.

Bill Barclay joined Experient in 2004 as a technology leader. He helps deliver innovation and service excellence for clients in the live events market. As Vice President of the live events team, Bill's keen understanding of the market and industry has paved the way for exciting new opportunities in the world of esports.